MY FIRST TYPHOON!!
﻿
Wow it has been a crazy week! The other day we woke up and got a phone call saying that work was cancelled for the day and we were not allowed to leave our house... well that's because a typhoon was headed our way. Oh man the rain was crazy and so strong! but nothing was hurt or ruined just lots of water and in other places of our areas it flooded but all is well now! :)

but it just happened to be the day I was doing my laundry that the typhoon came! And we don't have washing machines and dryers here we hand wash and hang dry... well ill just say my clothes didn't dry for like 3 days because there was so much rain.

We had a funny experience the other day. one of the Recent converts we are working with still has a problem with cigarettes and he was walking us down the street after buying us ice cream and then we asked him how many sticks he has smoked today and he said NONE! because he is sick but then he reaches into his pocket and pulls out one stick and says but I got this one for dinner!!! we tried to convince him to throw it away but he wouldn't then my companion says "Its either the ice cream or your cigarette which one do you want me to throw???" Before she even finished her sentence he had thrown the cigarette far away! Oh man we laughed so hard! 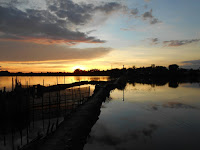 We have been rejected A LOT this week! sometimes it is frustrating but I know that heavenly father has a plan for all of his children and one day they will accept the gospel. but we had a lesson with the Cepeda family the other day! and we asked them if they have prayed to know if the Book of Mormon was true and she said that she asked and had a dream that Jesus Christ told her that she needed to read the book and keep listening! Oh my goodness when she told us that we wanted to jump up and down we were so excited she had received her answer!!! she says that she feels Jesus so strongly around her since she started listening to us! She says how she loves what we have to say and wants to keep listening and wants to come to church! 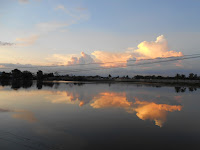 It was a good week! I hope all of you are doing good too!!!
Love you all!!!
-Sister Thayn